The Wreck of the Nuestra Senora de Atocha 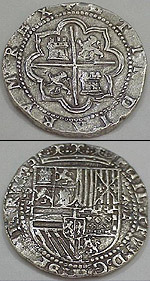 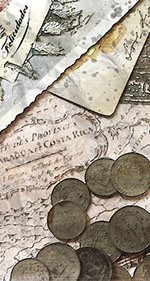 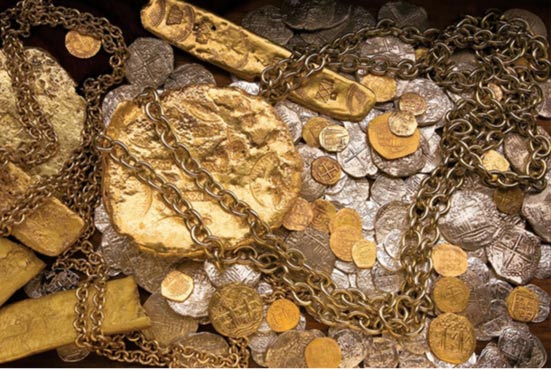 The Wreck of the Nuestra Senora de Atocha

On September 4, 1622 the Tierra Firme flota of twenty-eight ships left Havana bound for Spain. With it was carried the wealth of an empire; Silver from Peru and Mexico, gold and emeralds from Colombia, pearls from Venezuela. Each ship carried its crew, soldiers, passengers, and all the necessary materials and provisions for a successful voyage. The following day, the fleet found itself being overtaken by a hurricane as it entered the Florida straits. By the morning of September 6th, eight of these vessels lay broken on the ocean floor, scattered from the Marquesas Keys to the Dry Tortugas. In them were the treasures of the Americas.

Authentic Gold Treasure The heavily armed Nuestra Señora de Atocha sailed as Almirante, or rear guard, of the flota, following the others to prevent an attack from behind the fleet. For additional protection, she bore the name of the holiest of shrines in Madrid. She had been built for the Crown in Havana in 1620 and was rated at 550 tons, with an overall length of 112 feet, a beam of 34 feet and a draft of 14 feet. She carried square-rigged fore and mainmasts, and a lateen-rigged mizzenmast. Atocha would have had the high sterncastle, low waist and high forecastle of a typical early 17th century galeón.

For the 1622 return voyage, Atocha was loaded with a cargo that is, today, almost beyond belief – 24 tons of silver bullion in 1038 ingots, 180,00 pesos of silver coins, 582 copper ingots, 125 gold bars and discs, 350 chests of indigo, 525 bales of tobacco, 20 bronze cannon and 1,200 pounds of worked silverware! To this can be added items being smuggled to avoid taxation, and unregistered jewelry and personal goods; all creating a treasure that could surely rival any other ever amassed. In all, the Atocha held about $400 million in assorted treasure.

The Nuestra Señora de Atocha sank with 265 people onboard. Only five survived by holding on to the stump of the mizzenmast, which was the only part of the wrecked galleon that remained above water. Rescuers tried to enter the drowned hulk, but found the hatches tightly battened. The water depth, at 55 feet, was too great to allow them to work to open her. They marked the site of her loss and moved on to rescue people and treasure from Santa Margarita and Nuestra Señora del Rosario, other ships also lost in the storm. On October 5th a second hurricane came through, and further destroyed the wreck of the Atocha. For the next 60 years, Spanish salvagers searched for the galleon, but they never found a trace.

In 1969, Mel Fisher and his Treasure Salvors crew began a sixteen year quest for the treasure of the Atocha. Using sand-clearing propwash deflectors, or “mailboxes,” that he invented, and specially-designed proton magnetometers, they spent long years following the wreck’s elusive trail—sometimes finding nothing for months, and then recovering bits of treasure and artifacts that teasingly indicated the proximity of the ship and its cargo.

In 1973, three silver bars were found, and they matched the weights and tally numbers found on the Atocha’s manifest, which had been transcribed from the original in Seville. This verified that Fisher was close to the major part of the wrecksite. In 1975, his son Dirk found five bronze cannon whose markings would clinch identification with the Atocha. Only days later, Dirk and his wife Angel, with diver Rick Gage, were killed when one of the salvage boats capsized. Yet Fisher and his intrepid crew persevered.

By 1980, they had found a significant portion of the remains of the Santa Margarita — with a fortune in gold bars, jewelry and silver coins. On May 12, 1980, Fisher’s son Kane discovered a complete section of the Margarita’s wooden hull weighted down by ballast stones, iron cannon balls and artifacts of 17th century Spain.

On July 20, 1985, Kane Fisher, captain of the salvage vessel Dauntless, sent a jubilant message to his father’s headquarters, “Put away the charts; we’ve found the main pile!” Ecstatic crew members described the find as looking like a reef of silver bars. Within days, the shipper’s marks on the bars were matched to the Atocha’s cargo manifest, confirming Kane’s triumphant claim. At long last, the wreck’s “motherlode” had been found — and the excavation of what was widely referred to as the “shipwreck of the century” began.

In 1999, Element Analysis Corp was called upon by the Florida state attorney’s office in Key West, where Mel Fisher’s Treasure Sales Shop was located. Mel Fisher was accused of selling fake gold coins – coins that he claimed were from the wreck of the Atocha.

The coins, seized from his Key West shop by investigators, were flown to Lexington, Kentucky-based EAC where trace element analysis was used to determine the coins’ authenticity.

EAC analyzed the gold and silver content of the suspect coins. Once done, the results were compared with authentic, 18th century Spanish gold coins. EAC used Proton-Induced X-ray Emission (PIXE) analysis because it’s fast and does not destroy the original sample.

EAC found that the suspect coins contained 93% gold and 4% silver. While the authentic gold coins from the shipwreck contained 90-93 percent gold with a relatively high silver content of 6-9 percent. The gold was real but the coins were not from the Atocha, or any other shipwreck. The coins, which were sold for around $6000, were worth only a fraction of the selling price – around $270 at current gold prices.

“EAC is what made our case,” stated Paul Meyers, an investigator for the Florida state attorney’s office. Because of the quick and accurate analysis by EAC, nearly $200,000 was recovered and repaid to those purchasing the fake coins.