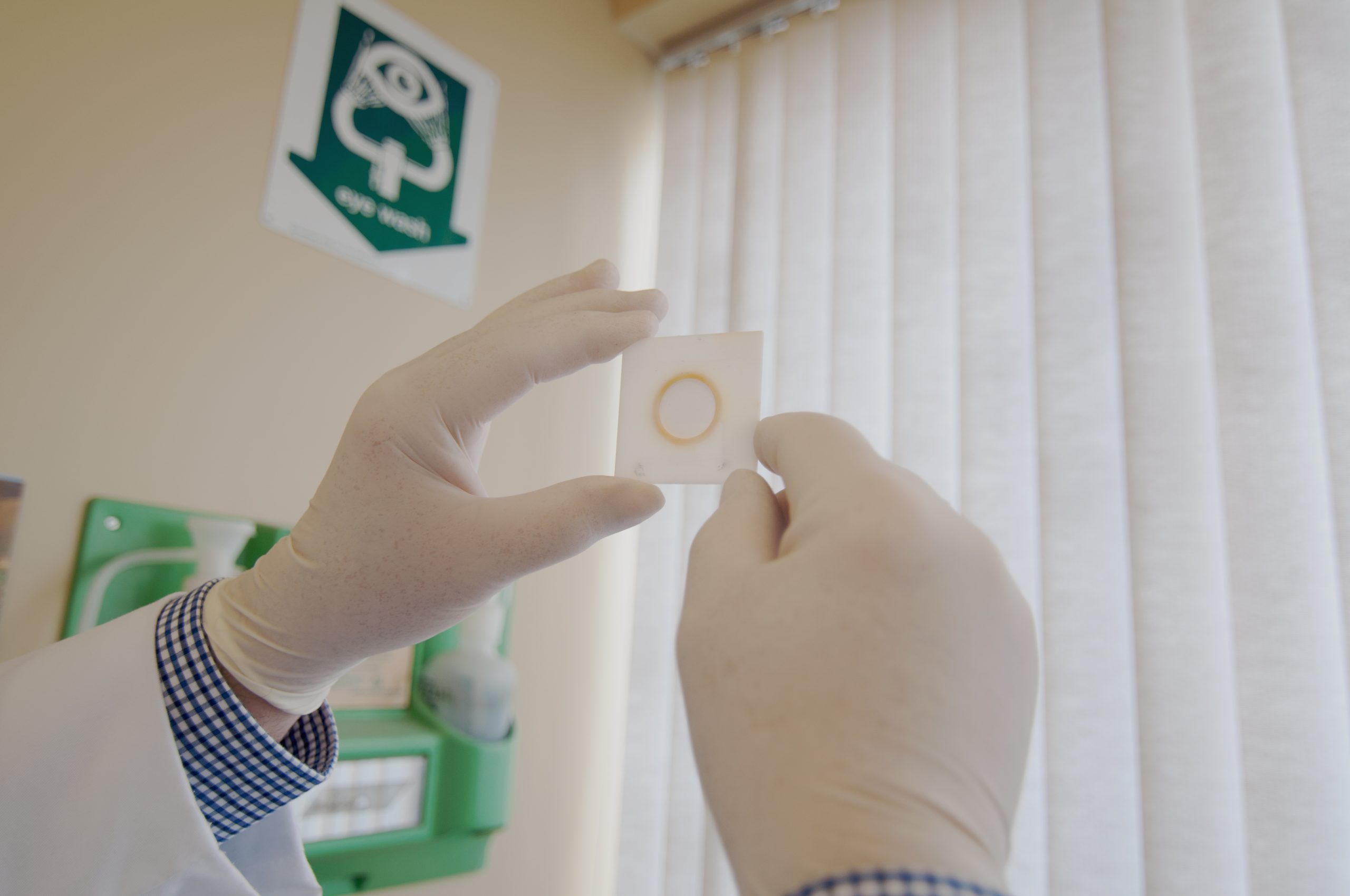 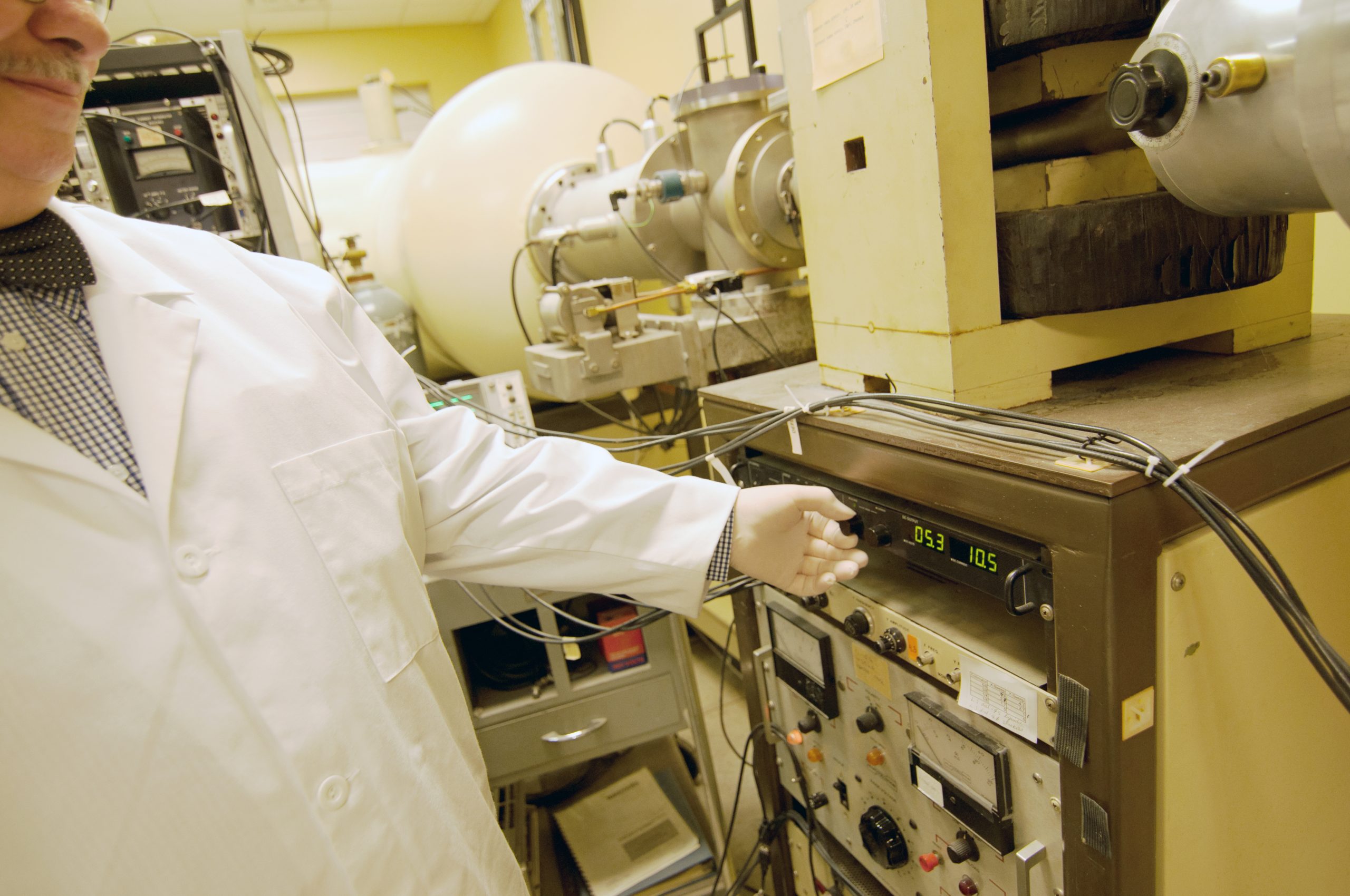 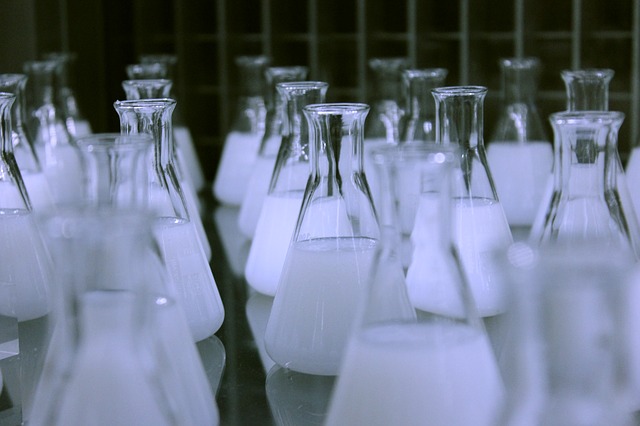 As with other current organic carbon and elemental carbon (OC/EC) procedures, Thermal-Optical analysis is method-defined. However, this unit has been designed to specifically address some of the problems observed in other methods in assigning carbon to either the organic or the elemental fraction. By careful system control and continuous monitoring of the optical absorbance of the sample during analysis, this method is able to both prevent any undesired oxidation of original elemental carbon and make corrections for the inevitable generation of carbon char produced by the pyrolitic conversion of organics into elemental carbon. The OC/EC instrument utilized by EAC is used to analyze both bulk samples, and aerosol particles collected on quartz-fiber filters.

STEP 1– In a completely oxygen-free helium atmosphere, the sample is heated in four increasing temperature steps to remove all organic carbon from the sample. The transition from the third temperature to the fourth (from 500°- 700° C) will quickly decompose inorganic carbonates, producing a sharp, characteristic peak. During this first phase, there are usually some organic compounds that are pyrolitically converted to elemental carbon. As much as 30% of the organics may be pyrolitically converted to elemental carbon in this phase, and this conversion is continuously monitored by measuring the transmission of a laser through the sample matrix. As the organic compounds are vaporized, they are immediately oxidized to carbon dioxide in an oxidizer oven which follows the sample oven. The flow of helium, containing the CO2, then goes to a methanator oven where the CO2 is reduced to methane. The methane is then detected by a flame ionization detector (FID).

STEP 2 – After the sample is cooled to 525° C, the pure helium eluent is switched to a 2% oxygen/helium mixture in the sample oven. The sample oven temperature is then stepped up to 850° C, during which both the original elemental carbon and that produced by the pyrolysis of organics during the first phase are oxidized to CO2 due to the presence of oxygen in the eluent. This CO2 is then converted to methane and detected by the FID, as previously performed.

STEP 3 – After all the carbon has been oxidized from the sample, a known volume & concentration of methane is injected into the sample oven, thus, providing for the calibration of each sample analyzed to a known quantity of carbon. Based on the FID response and laser transmission data, the quantities of organic and elemental carbon in the sample are calculated.

The precision of the Thermal-Optical method of analysis, measured as a relative standard deviation, falls into the 4-6% range for samples that are in the concentration ranges of 5 to 400ug/cm2 for OC, and 1 to 15ug/cm2 for EC. This relative standard deviation range applies to the OC/EC speciation values as well as to the total carbon. For sample sets consisting of 10 samples or more, a duplicate analysis will be run on 10% of the samples to provide verification of the precision.

The accuracy of this method for measuring total carbon content can be ascertained by analyzing a known quantity of carbon, a function that is performed on a regular basis as part of the quality assurance program. Known quantities of sucrose and/or organic compounds are applied to blank quartz fiber filters, analyzed, and the OC/EC results are compared to the known presence of OC and EC. Relative standard deviations are less than 5%. The lower detection limit of this method is on the order of 0.2ug/cm2 for both OC & EC.

Need lower detection limits? Need higher levels of accuracy? Have a particularly tough analytical application? Contact the “trace-element experts” at Elemental Analysis to discuss how we can provide you with timely, cost-effective, and accurate analytical answers today.