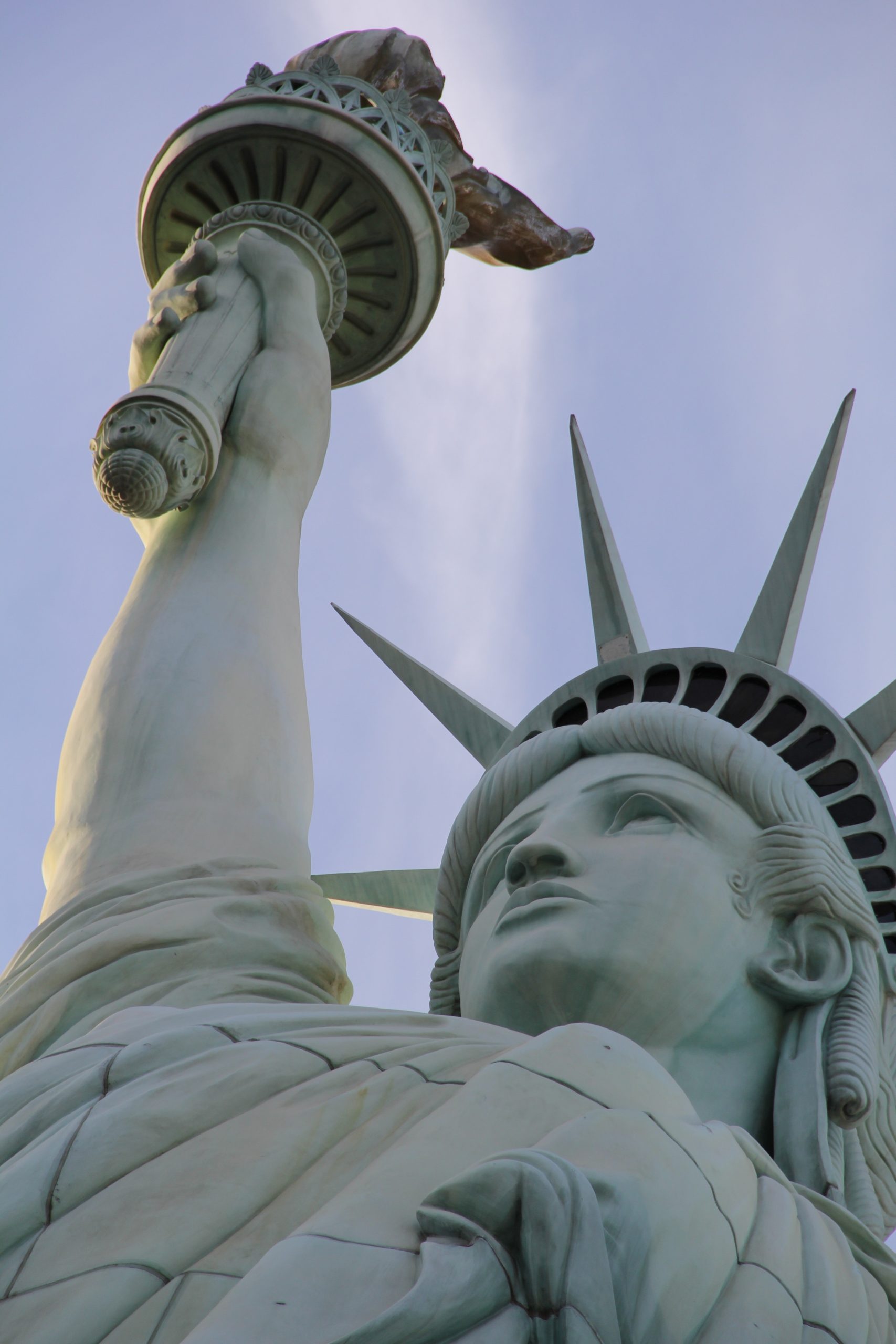 In 1984, the Statue of Liberty was closed so that a $62 million renovation could be performed for the statue’s centennial. Workers erected scaffolding around the statue, obscuring it from public view until the rededication on July 4, 1986. Inside work began with workers using liquid nitrogen to remove seven layers of paint applied to the interior of the copper skin over the decades. That left two layers of tar originally applied to plug leaks and prevent corrosion. Blasting with baking soda removed the tar without further damaging the copper. Larger holes in the copper skin had edges smoothed then mated with new copper patches. Huge quantities of the old copper had to be removed.

Each of the 1,350 shaped iron ribs backing the skin had to be removed and replaced. The iron had experienced galvanic corrosion wherever it contacted the copper skin, losing up to 50% of its thickness. Bartholdi had anticipated the problem and used an asbestos/pitch combination to separate the metals, but the insulation had worn away decades before. New bars of stainless steel bent into matching shapes replaced the iron bars, with Teflon film separating them from the skin for further insulation and friction reduction. Liquid nitrogen was again introduced to parts of the copper skin in a cryogenics process which was treated by a (now defunct) Michigan company called CryoTech to ensure certain individual parts of the statue were strengthened and would last longer after installation.

The internal structure of the upraised right arm was reworked. The statue was erected with the arm offset 18″ (0.46 m) to the right and forward of Eiffel’s central frame, while the head was offset 24″ (0.61 m) to the left, which compromised the framework. Theory held that Bartholdi made the modification without Eiffel’s involvement after seeing the arm and head were too close. Engineers considered reinforcements made in 1932 insufficient and added diagonal bracing in 1984 and 1986 to make the arm structurally sound.

The challenge was authenticating the Liberty Banknote once created.

The copper was weighted, melted in industrial furnaces, powderized in a hydrogen chamber, and then mechanically flattened into flakes in a special ball mill operation. These flakes were blended into a unique ink which was used to affix the Authetic Materials Logo on the currency grade 100 percent fiber paper of the Liberty Banknote.

Trace elements were added to the copper ink allowing Proton-Induced X-ray Emission to authenticate and guard against counterfeiting. Each Liberty Banknote, Intalglio printed from hand-engraved steel plates, contains a one-of-a-kind serial number. Elemental Analysis Corporation was proud to play a role in the centennial rededication of the Statue of Liberty.

“EAC is what made our case,” stated Paul Meyers, an investigator for the Florida state attorney’s office. Because of the quick and accurate analysis by EAC, nearly $200,000 was recovered and repaid to those purchasing the fake coins.