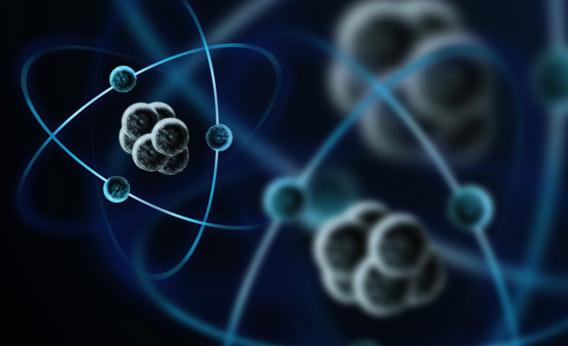 Solids – such as plastics, papers or metals, are analyzed “as received,” while powdered materials, such as fly ash, activated carbon, catalysts, and corrosion products, are ground to 200 mesh or finer and pressed into pellets for analysis.

Liquid – samples, such as oils, process waters, and solutions, are analyzed using a plastic cup of either 8 mL or 3 mL in capacity with a 0.3 mil Kapton front surface window, and can be analyzed “as received” by this method without modification. However, some liquids (i.e. highly caustic or highly acidic) may require predilution or neutralization before analysis.

Aerosol filters – and thin film membrane samples are prepped on a clean bench environment and immediately transferred to the target chamber for analysis in order to avoid any potential for sample contamination. Sample preparation consists of simply placing the filters or membranes, as they are received, into snap together plastic holders, which are placed in the sample carousel. Since no permanent mounting is used, samples may be returned intact to clients, upon request, for archiving or for further analysis.

Proton Induced X-ray Emission (PIXE) is an X-ray spectrographic technique, which can be used for the non-destructive, simultaneous elemental analysis of solid, liquid or aerosol filter samples. The X-ray spectrum is initiated by energetic protons exciting the inner shell electrons in the target atoms. The expulsion of these inner shell electrons results in the production of X-rays. The energies of the X-rays, which are emitted when the created vacancies are filled again, are uniquely characteristic of the elements from which they originate and the number of X-rays emitted is proportional to the mass of that corresponding element in the sample being analyzed.

The generation of X-rays in a sample is very strongly influenced by the bombarding proton. The probability of X-ray production depends upon both the total number of incident protons and the proton energy (measured in million electron volts (MeV)). The total number of incident protons can be expressed as proton current (measured in micro amps). The greater the proton current, the greater the probability for X-ray production. As proton energy changes, so does the probability for X-ray production. If quantitative analysis is to be assured, then both of these factors must be accurately known. Protons, while interacting with the sample matrix to produce X-rays, can be envisioned as undergoing collisions, much as a billiard ball on a pool table. Each successive collision will cause a transfer of kinetic energy from the projectile (proton) to the stationary object (target atom). While energy transfer per collision is small, a large number of collisions will eventually reduce proton energy significantly until it comes to rest. As the proton’s energy decreases, so does its ability to produce X-rays. Since instrument calibration is performed at a specific proton energy, knowledge of the proton energy loss is essential for quantitative analysis.

To simplify matters for the purpose of this discussion, all samples may be placed in one of three categories. They are thin, intermediate thick and thick targets. For thin samples, (1000 µg/cm2 or less) proton energy loss through the target is insignificant and therefore simplifies the calculation to the trivial case. The instrument itself is calibrated with thin film standards. Therefore, the Linear Dynamic Range may be considered to be between 1000 µg/cm2 down to less than 0.001 µg/cm2 for most practical applications using thin targets. The opposite extreme is the thick target case where there is certainty that the proton comes to rest in the sample. This is true for targets that are at least 18 mg/cm2 (80 to 100 microns thick). Under these circumstances, the theory for X-ray production can be used to correct for proton energy loss because the limits of integration are known. The significant point here is that the factors necessary to make these corrections are non-linear energy dependent functions, and therefore the data reduction computer code must incorporate these corrections in order to achieve quantitative analysis.

The data resulting from each analysis is reported in hardcopy report form in a MS-Excel format. Each report consists of a complete list of elements with “in situ” detection limit for each element, the mass fraction for those elements detected, and a statistical margin of error associated with the analysis for each elemental value provided.

The quality assurance and quality control (QA/QC) program pertaining to the instrument calibration has previously been discussed. However, it should be noted that the proton beam energy is stable to better than 1 part per 1000, and the beam density profile uniform to better than 0.5%. This assures a uniform and constant X-ray production from the target sample. As a further guarantee of machine stability, a quality control standard can be run at the client’s discretion, not to exceed once per hour. In addition, replicate analyses can be performed upon the client’s request. It is suggested that the client provide blanks (as well as field blanks) for aerosol filter analyses and for analyses which require a blank subtraction to be performed. EAI will, again, leave the total number of blanks to be run to the discretion of the client.

EAI also maintains and extensive library of standards from NBS, NIST, USGS, NIES and acquisitions from individual clients which can be used for QA/QC upon the client’s request. These standards have all been previously analyzed by other approved techniques and their values are either certified or well established.

For a PIXE system which bases its calibration on thin film gravimetric standards, the mass/area may be expressed as a simple ratio of yields. For a thin unknown target:

where “M/A” is the total mass per unit area; “f” is the mass fractional content of the particular element to be analyzed; “Q” is the integrated charge in the proton bombardment; “y” is the number of X-ray counts in a peak due to the particular element as measured with a given detector, chamber geometry, and absorber; and “s” denotes the corresponding quantity for the standard. A thin target is defined as one for which the variations in both X-ray production and self-absorption are negligible over it thickness. Micromatter Corporation gravimetric standards of seventy-two elements in the form of thin films of evaporated metals or compounds are used to construct a calibration curve of X-ray counts versus atomic number, normalized per unit mass and proton charge. A complete calibration is performed periodically to check changing characteristics of the X-ray detector with aging, and also to check the constancy of the geometric arrangement of the bombardment facility. As part of the quality control system, a Gallium Phosphide (GaP) standard is run at least daily to correct for minor variations in calibration drift.

X-ray energy, higher atomic numbered elements produce fewer X-rays per unit proton charge than do low atomic numbered elements. Therefore, to off-set this effect and to achieve more uniform detection limits across the entire periodic table, a dual irradiation is carried out on each sample. In one position the detector directly views the X-rays emitted from the target. This allows the low atomic numbered elements to develop. The second position has an absorber placed between the sample and the detector to preferentially filter the emitted X-rays and provides for balance in the spectrum. Variation of these irradiation times allows for control of the detection limits for each element in the spectrum.

Standards calibration is carried out under these same conditions, so that each element has a spectrum in each position. A normalized linear combination of these two positions for the standards allows for extrapolation to any desired combination of irradiation times for unknown targets. The calibration is carried out by irradiating each standard with and without the filter in front of the detector for a preset charge collection. The standards are then fit into the gravimetric mass and the relative intensities for all of the X-ray lines are established and stored in a library. Calibration curves, in units of counts/ (µgram/cm2/µCoulomb) are established using a least squares polynomial fit of the standards. This procedure is justified because the probability for X-ray production is a smooth continuous function of the atomic number, for a given proton energy. In this manner, small errors in the gravimetric analysis are smoothed over and obvious bad points become readily apparent. Once these curves are established, for both the K and L line X-ray groups, they are stored and combined with the library of X-ray lines and intensities, to become the calibration for the system.

Unlike thin target samples where simple comparison of elemental X-ray intensities with the calibration curves lead directly to the PIXE analysis results, the analysis of thick target samples requires additional information about proton energy loss within the target, X-ray absorption by the sample mass, secondary induced fluorescence and other matrix corrections not encountered in thin samples. In most samples to be analyzed, carbon, oxygen, nitrogen and/or other low Z (atomic number) elements may be present, but are not detected by PIXE. However, their total amounts can be determined by making use of primary X-ray absorption and proton energy loss data from the published literature and a theoretically rigorous model, such as eh one described by Reuter, et al. (1). The modeling used for thick target analysis has been checked using a large number of NBS standards, as well as standards obtained from the USGS and the Japanese NIES. This wide range of standards allows testing for many different matrix types ranging from highly organic to silicates and solid metals.

In addition to the routine applications of quality assurance / quality control for industrial processes, such as evaluating precious metal depletion of spent catalysts, monitoring adsorption by activated carbons, and contamination source determination, some of the more unique applications for which PIXE has been used are described below.

1. Utilizing an X-Y tracking mechanism coupled with a stepping motor and a finely focused beam (i.e. 1 × 2 mm), EAI has provided an elemental characterization of a wide variety of samples, such as growth rings of tree cores. This type of temporal investigation has been used to monitor pollution influx into ecological systems, particularly with respect to acid rain deposition studies.

2.Similarly, linear and circular Streakers (temporal resolution aerosol sampling devices), capable of hourly resolution, have been employed in conjunction with PIXE analysis to investigate air pollution episodes, including acid rain and industrial hygiene monitoring. These samples are ideally designed for aerosol investigation and PIXE analysis because of their tight geometry and low mass requirements. For example, an aerosol with a TSP of 100 µg/M3 and one hour sampling at 1 Liter per minute will only collect 6 µg distributed over the filter. This 6 µg is distributed among approximately 26 active aerosol elements with nearly 50% being carbon and 20% being oxygen. Therefore, there are only 1.8 µg of analyzable material on the filter. This is sufficient mass for PIXE analysis.

4.The non-destructive characteristic of PIXE has proven to be extremely valuable in the area of forensic applications. Such samples may be analyzed, maintaining their integrity as and exhibit for evidence in the litigation. For example, the technique has been employed in the analysis of bone samples from a victim in order to determine the presence of Lead and the samples returned to the court as evidence.

These examples provide an indication of the diverse analytical applications and the extreme flexibility in research design and strategy which can be achieved through utilization of the PIXE technique at Elemental Analysis.